FICCI SEDF is managing The Sanitation Project for Bank of Tokyo Mitsubishi UFJ (BTMU) in the district of Chittoor, Andhra Pradesh. As their commitment towards ensuring sanitation and hygiene through the Swachh Bharat Vidyalaya Campaign, BTMU is building 250 girls toilets in Government Schools. Through rigorous Government liaising, FICCI SEDF has identified 250 Government Schools in Chittoor District of Andhra Pradesh. A comprehensive Need Assessment has been conducted to identify the requirements of individual schools so as to determine the contextual intervention for each of the schools. In due course of the project 250 toilets shall be installed in Government schools. An elaborate behavior change programme is also being carried out across schools and will continue till March 2018. 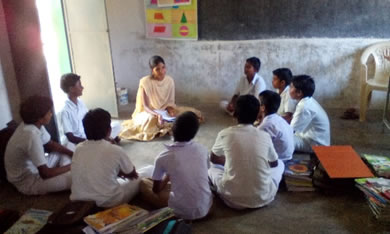 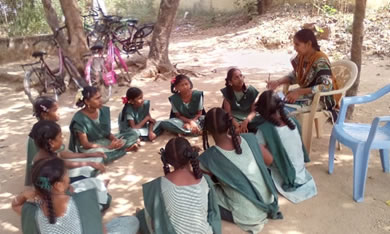 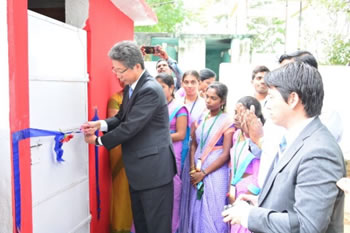 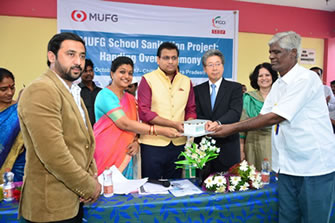 Castrol India Limited, in collaboration with FICCI SEDF, undertook an extensive Road Safety Project with Heavy Motor Vehicle (HMV) drivers. As part of the project, a three pronged approach has been adopted so as to address the issue of road safety norms to be adopted by HMV drivers on the highways & in cities, financial literacy as well as eye care practices. A total of 3500 HMV drivers have been successfully trained.

In an effort to ensure sustainability of the sanitation project, a solid waste management program was organized in the two villages of Talodhra and Dhadera, Bharuch, Gujarat. Through the initiative the project aimed to create a system of waste collection, segregation and recycling to improve the environment condition of the two villages. The project reached out to over 600 households and was completed in July 2018.

FICCI SEDF implemented The Mumbai Slum Sanitation Project for Reliance Life Insurance Company Limited in the urban slum settlement in Mumbai. Under the project, ten community toilets in the identified geography for improving sanitation practices and access to water & electricity equipped sanitary facilities were built. The project built 10 community toilets that caters to the community members of an urban slum in Rajiv Gandhi Nagar, Marol pipeline and Asalpha Nagar in Mumbai with poor sanitation facilities.

FICCI SEDF was the project manager for the India Infoline Foundation Financial Literacy Study undertook in 30 villages of Hazaribagh, Jharkhand. IIFL Foundation believes that individuals with basic financial knowledge can make informed financial decisions and therefore, maintain better financial health. Through its CSR projects, IIFL endeavor’s to provide information of financial products, especially of rewards and risks, in order to better equip the financially excluded to make informed choices with respect to money. The study has been successfully completed and a detailed intervention is being designed.

FICCI SEDF has successfully completed The Total Sanitation Project for Abbott India Limited, which was launched in December 2014 in two villages of Bharuch, Gujarat. The objective of the project was to make the villages Open Defecation Free (ODF). The project built 500 toilets in households, community and schools. Simultaneously, a Behavioral Change program was conducted to address old practices and habits as well as understanding the importance of sanitation. 2000+ community members were reached out to under the behavior change program. The monitoring of the progress was done using a digital system that reflects real time data. Both the villages have been declared ODF.


JEEVIKA - A FICCI-SEDF and AADI partnership project for enhancing livelihood opportunities for persons with disabilities. (2006 - 07)

JEEVIKA would address the following objectives:

Under this initiative, 3 batches of 90 trainees received training at the ATDC (Apparel Training & Design Centre), Okhla and NOIDA. ATDC is sponsored by Apparel Export Promotion Council (AEPC), Ministry of Textiles, has a mission to upgrade the technical skills of workers employed in the Garment Industry. NTPC Badarpur project sponsored transport ensured 100% attendance of program. All trainees got absorbed by the industry.

Under its JEEVIKA project FICCI - SEDF tied up with MICROSOFT for facilitation of establishing Microsoft Authorised Refurbisher (MAR). FICCI-SEDF facilitated and assisted Mr Samual Mani to become India's first Microsoft Authorised Refurbisher (MAR). Mr.Samuel, who is a Spastic, runs a small enterprise for hardware & software solutions and he was qualified to become a MAR as per Microsoft criteria.

FICCI-SEDF, in collaboration with Rajiv Gandhi Foundation, initiated a project titled "Empowering Adolescents through Life Skills Education". The project covered 10 slums of Delhi and conducted a 5-day program to impart life skills to the out-of-school adolescents.

The following are the major activities under the project:

FICCI provides a platform for networking and consensus building within and across sectors and is the first port of call for Indian industry, policy makers and the international business community. Leveraging this to its advantage, FICCI - SEDF has brought together opportunities in multiple domains, for Corporates to work on.
If your organization is looking for opportunities to invest in, then the following are some of the domains under which projects can be undertaken: